Amazing
location of the station 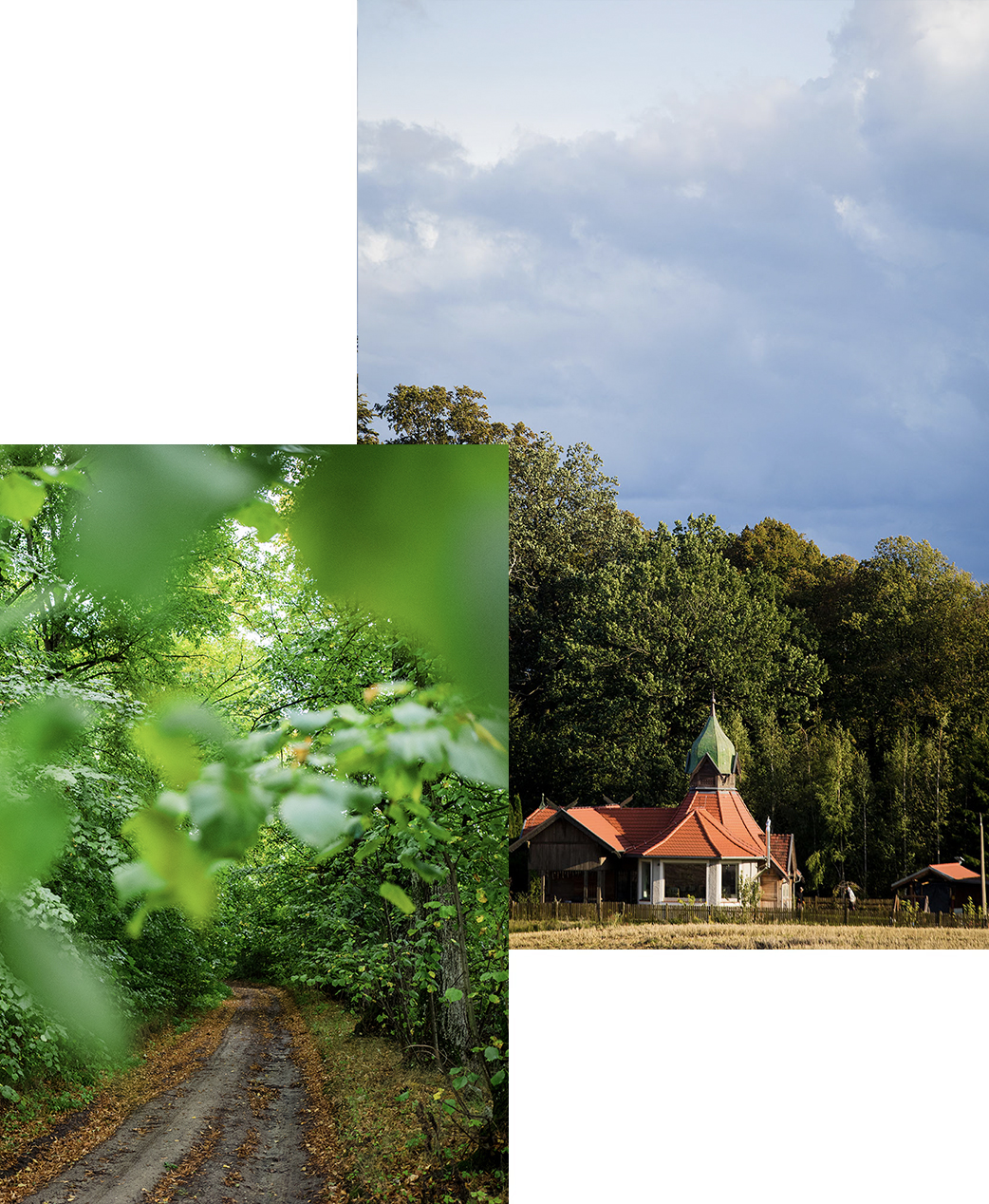 The perfect vacation for you

When we first drove in search of Emperor Wilhelm’s Station, we felt as if we were diving into a landscape that had just emerged from the bottom of the ocean. Softly flowing highlands, waving hills and picturesque fields wrap the station from all sides, and the views can be enjoyed from either the sofa in the living room or from the covered veranda, or from the sauna, which is located next to the main building, or from the Russian banya standing in the garden.

While resting here, we are no longer surprised by the deer outside the window picking up the grass or the birds coming from the nearby peat bog. Right next to our property there is also a stork nest waiting for its tenant…

As art lovers, we also love nature, and this place rewards us with an abundance of unique open-air events. Just a few minutes walk away is the peat bog, which is reached by a narrow-gauge railway for peat removal. Today, when the period of peat bog exploitation ends, it is a place where birds feed, deer roar, does and fallow deer mate. This black desert stretching for miles – unlike any other landscape – looks like a fragment of another galaxy, on the surface of which lonely clumps of grass break through the dark surface and water ponds flash. This is where breathtaking spectacles of wildlife take place. For nature observers and photographers it is an opportunity to experience an exceptionally close encounter with nature.

But nature can also be admired in the nearby Budwity Landscape Park, designed by the famous architect Laras (the younger one), whose father, John Laras – an outstanding designer of East Prussia – created the Park Dworski (Imperial Park) in Dylewo. In the park you will find an extremely valuable old trees – monumental oaks, dignified beeches, and a pond that remembers the magnificence of that era. Right next door in Budwity, in the middle of the park, there is still a 19th century palace of the von Eben family, whose style refers to the Italian residential architecture. But it is not the only palace nearby. In this area, almost every village has a proof of Prussian splendour – a manor house or a palace once bustling with lavish life. It is enough to mention the ruins of the Jarnołtów manor house built by George Frederick Hulsen, a pupil of Immanuel Kant himself, who sometimes visited his master’s court or the dilapidated Dohn residence in Prakwice visited by Emperor Wilhelm II.

However, the uniqueness of this place does not end there. It is crossed by the Elbląg Canal trail, which means that we can get from here to both Elbląg and Ostróda by water, or we can reach the longest lake in Poland, Jeziorak.

All of this makes this piece of Masuria a perfect place to rest, biking and hiking, as well as creative work, and at the same time a great base for trips to cities like this: Elbląg (30 minutes), Gdańsk (55 minutes) or Olsztyn (55 minutes).